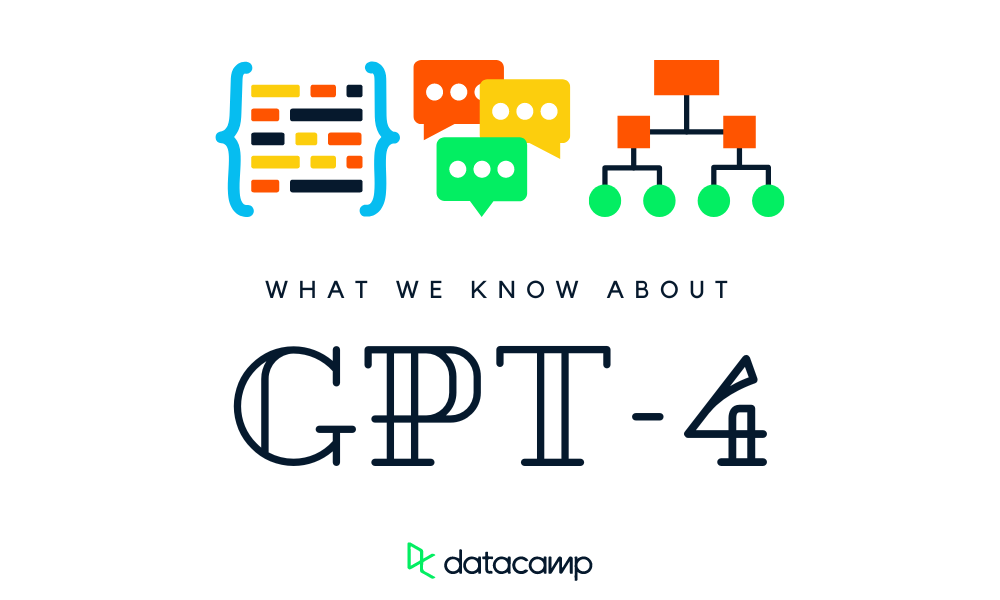 We live in extraordinary times where you see the launch of a new type of model that completely changes the AI space. In July 2022, OpenAI launched DALLE2, a state-of-the-art text-to-image model. And, after a few weeks, Stability.AI launched an open-source version of DALLE-2 called Stable Diffusion. Both of these models are popular and have shown promising results in terms of quality and ability to understand the prompt.

Recently, OpenAI has introduced an Automatic Speech Recognition (ASR) model called Whisper. It has outperformed all other models in terms of robustness and accuracy.

Looking at the trend, we can assume that OpenAI is going to launch GPT-4 in the upcoming months. There is high demand for large language models in the market, and the popularity of GPT-3 has already proven that people are expecting better accuracy, compute optimization, lower biases, and improved safety from GPT-4.

Even though OpenAI is quiet about the launch or features, in this post, we will make some assumptions and predictions about GPT-4 based on AI trends and the information provided by OpenAI. Furthermore, we will be learning about large language models and their applications.

You can learn how to build your deep learning model by taking Deep Learning in Python skill track. You will explore the fundamentals of deep learning, gain an introduction to Tensorflow and Keras frameworks, and build multiple input and output models using Keras.

There are endless applications for GPT models, and you can even fine-tune them on specific data to create even better results. By using transformers, you will be saving costs on computing, time, and other resources.

Before GPT-1, most Natural Language Processing (NLP) models were trained for particular tasks like classification, translation, etc. They all were using supervised learning. This type of learning comes with two issues: lack of annotated data and failure to generalize tasks.

GPT-1 (117M parameters) paper (Improving Language Understanding by Generative Pre-Training) was published in 2018. It has proposed a generative language model that was trained on unlabeled data and fine-tuned on specific downstream tasks such as classification and sentiment analysis.

GPT-3 (175B parameters) paper (Language Models are Few-Shot Learners) was published in 2020. The model has 100 times more parameters than GPT-2. It was trained on an even larger dataset to achieve good results on downstream tasks. It has surprised the world with human-like story writing, SQL queries and Python scripts, language translation, and summarization. It has achieved a state-of-the-art result using In-context learning, few-shot, one-shot, and zero-shot settings.

You can learn more about GPT-3, its uses, and how to get started using it in a separate article.

In a question-answer session at the AC10 online meetup, Sam Altman, the CEO of OpenAI, confirmed the rumors about the launch of the GPT-4 model. In this section, we will be using that information and combining it with current trends to predict the model size, optimal parameter and compute, multimodality, sparsity, and performance.

According to Altman, GPT-4 won’t be much bigger than GPT-3. So, we can assume that it will have around 175B-280B parameters, similar to Deepmind’s language model Gopher.

Large models are mostly under-optimized. It is expensive to train the model, and companies have to make a trade between accuracy and cost. For example, GPT-3 was trained only once, despite errors. Due to unaffordable costs, researchers could not perform hyperparameter optimization.

They have discovered new parameterization (μP) that the best hyperparameters for the smaller models are the same as the best for the larger ones with the same architecture. It has allowed researchers to optimize large models at a fraction of the cost.

DeepMind has recently discovered that the number of training tokens influences the model performance as much as the size. They have proved it by training Chinchilla a 70B model that is four times smaller than Gopher and four times more data than large language models since GPT-3

We can safely assume, for a compute-optimal model, OpenAI will increase training tokens by 5 trillion. It means that it will take 10-20X FLOPs than GPT-3 to train the model and reach minimal loss.

GPT-4 will be a text-only model

During the Q&A, Altman said that the GPT-4 won’t be multimodal like DALL-E. It will be a text-only model.

Why is that? Good multimodal is hard to build compared to language only or vision only. Combining textual and visual information is a challenging task. It also means that they have to provide better performance than GPT-3 and DALL-E 2.

So, we won’t be expecting anything fancy in GPT-4.

Sparse models use conditional computation to reduce computing costs. The model can easily scale beyond 1 Trillion parameters without incurring high computing costs. It will help us train large language models on lower resources.

But GPT-4 won’t be using sparse models. Why? In the past, OpenAI has always relied on dense language models, and they won't increase the size of the model.

The GPT-4 will be more aligned than GPT-3. OpenAI is struggling with AI alignment. They want language models to follow our intention and adhere to our values.

They have taken the first step by training InstructGPT. It is a GPT-3 model trained on human feedback to follow instructions. The model was perceived to be better than GPT-3 by human judges. Regardless of language benchmarks.

The GPT-4 release date is still unconfirmed, and we can assume that the company is focusing more on other technology like text-to-image and speech recognition. So, you might see it next year or next month. We can’t be sure. What we can be sure of is that the next version will solve the problem of the older version and present better results.

GPT-4 will be a text-only large language model with better performance on a similar size as GPT-3. It will also be more aligned with human commands and values.

You might hear conflicting news on GPT-4 consisting of 100 trillion parameters and only focusing on code generation. But they all are speculation at this point. There is so much more that we don’t know about, and OpenAI has not revealed anything concrete about the launch date, model architecture, size, and dataset.

Just like GPT-3, GPT-4 will be used for various language applications such as code generation, text summarization, language translation, classification, chatbot, and grammar correction. The new version of the model will be more secure, less biased, more accurate, and more aligned. It will also be cost-efficient and robust.

You can read GPT-3 and the Next Generation of AI-Powered Services to learn more about GPT-3 applications.

Deduce the Number of Layers and Neurons for ANN

Dive deeper into what you need to know about machine learning to sustainably grow your data function and your company at large.

Discover Long Short-Term Memory (LSTM) networks in Python and how you can use them to make stock market predictions!

Deduce the Number of Layers and Neurons for ANN

Learn what Generative Adversarial Networks are without going into the details of the math and code a simple GAN that can create digits!