Welcome to part seven of our month-long data demystified series. As part of Data Literacy Month, this series will clarify key concepts from the world of data, answer the questions that you may be too afraid to ask and have fun along the way. If you want to start at the beginning, read our first entry in the series: What is a Dataset? 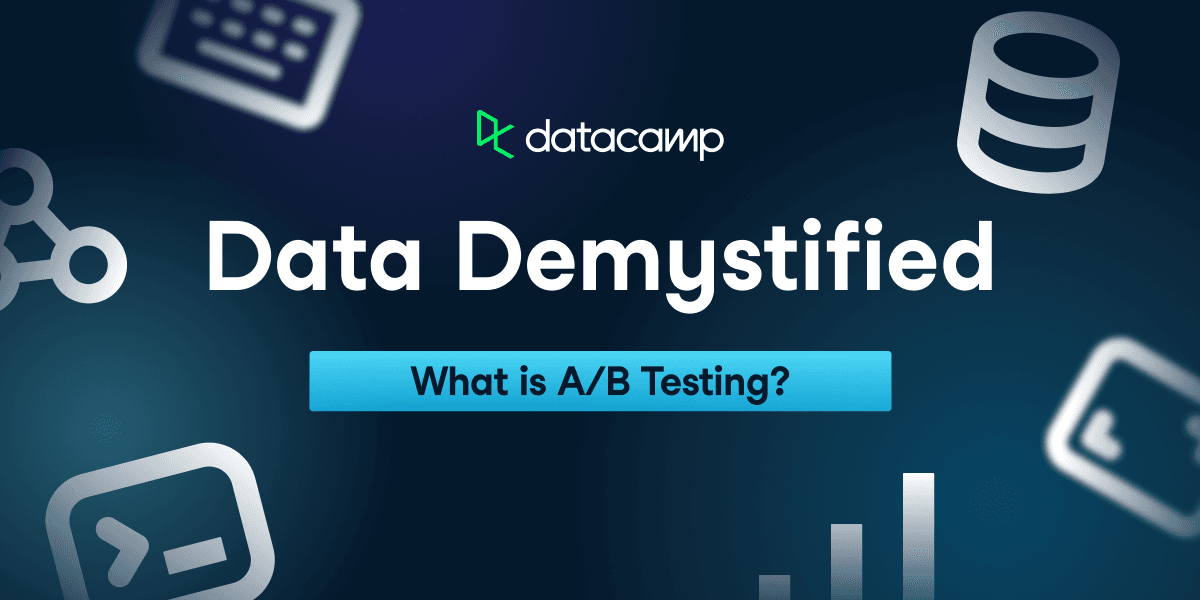 In this entry, we’ll explore one of the main use cases in data: A/B testing. While you may not have heard of it—if you’ve ever used a digital service or site—there’s a strong chance you’ve been part of an A/B test yourself. Throughout the blog post, we’ll outline what A/B tests are, how they’re generally set up, and some notable examples of A/B tests from popular services like Airbnb, Netflix, and Gojek.

What is A/B Testing?

A/B testing compares the performance of two versions of the same thing, often a webpage or a digital product. More broadly, A/B testing is a framework that lets you set up experiments quickly, analyze their results using statistical analysis, and make decisions based on your results.

A/B testing establishes causality. If a home page with a red button drives more clicks than a blue button–all else being constant–we can conclude that the red button causes the increase in clicks. Needless to say, A/B tests are a handy tool for data-driven teams looking to optimize their product.

How does A/B Testing Work?

A/B testing works wonders, but only if the steps are followed meticulously. Here are some critical steps in designing a successful A/B test:

A hypothesis states how the change of a test variable impacts a performance metric on a population. An example of a hypothesis is the following:

“Changing the color of the add-to-cart button from blue to red (the test variable) will increase the conversion rate (the performance metric) on all desktop users (the population)”.

One common pitfall is having multiple test variables in a single experiment, making it difficult to tease out the impact of each change on the metric.

2. Create control and treatment versions of your test variable

The term “A/B” in A/B testing refers to the two versions of the thing you’re testing.

For example, when revisiting our example of the add-to-cart button, the A/B test would be run on a fraction of desktop users instead of all desktop users.

Each user in the experiment is shown either version A or version B. How do we decide whether a user is given the control or the treatment?

5. Run the test, and analyze the results

With the groundwork done, the A/B test is ready to go. Once a large enough sample is reached, the results of an A/B test can be analyzed.

To analyze the results, we calculate the difference in the test metric–conversion rate–between the treatment and control groups. If the difference is significant enough, we can confidently conclude that one version is indeed better than the other.

If a clear winner emerges from the A/B test, the superior version can now go live! Practitioners also perform a deep dive into the data to better understand users’ behavior. An A/B test is but a small part of the optimization process. Learnings extracted from running A/B tests can inspire new ideas and hypotheses whose validity can, in turn, be tested.

Most tech companies are no strangers to A/B tests. In fact, you’ve probably been in either a control or treatment group for an A/B test a service you use has been running. Here are some notable examples of A/B tests in the wild from one of the most popular sites and services today:

A few excellent examples of A/B tests come from Airbnb. Airbnb has always had a strong culture of experimentation and A/B testing. In this blog post from 2014, they deep-dive into how they tested a change of the maximum value of the price filter on the search page from $300 to $1000.

In another example, the team showcases an example of a redesigned homepage and discusses how it has impacted the usage of the Airbnb platform. While slightly technical, the article provides a great example of how A/B tests have been instrumental in Airbnb’s success as a product.

Through a series of A/B tests, Netflix selected the best artwork for a variety of titles and clearly increased the number of streaming hours. A nice byproduct of A/B tests is that they reveal deep insights into user behavior and user experience. For example, by running this test, Netflix determined that artwork with expressive facial emotion that conveys the tone of the title do exceptionally well.

A sample of artwork for Netflix’s Unbreakable Kimmy Schmidt

Gojek, the all-in-one app ubiquitous in Indonesia, uses A/B tests to find the optimal number of products to show on its homepage. The product team then uses the feedback to decide which experiment variant is rolled out to all the users. This is one of the many A/B testing use cases found at Gojek. You can also learn more about Gojek’s data culture by listening to this episode of DataFramed. 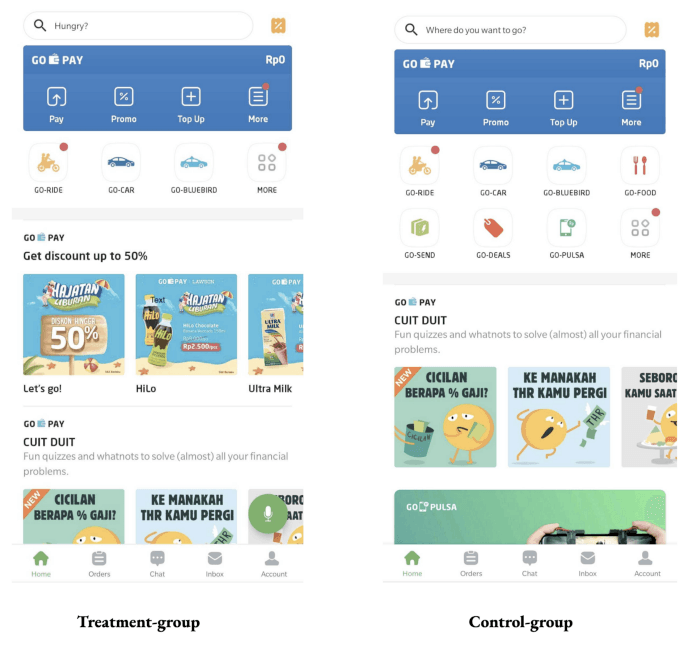 Get Started with Data Today

We hope you enjoyed this short introduction to A/B testing. In the next entry of the series, we’ll be looking at the world of data visualization and break down how to interpret the most commonly used visualizations today.

If you want to get started on your data learning journey today, check out the following resources.

Beginner
4 hours
21,224
Learn the fundamentals of statistics, including measures of center and spread, probability distributions, and hypothesis testing with no coding involved!
See Details
Start Course
See all courses
Related